The Seishin-Kan ("Pure-Heart Dōjō") is a not-for-profit educational and athletic organization, as defined in §501(c)(3) of the Internal Revenue Code, founded in April 1989 by Leonard J. Pellman Sensei (see bio here).  It operated at a church recreation center in Lemon Grove, California, until opening its own 1,800 square foot facility in the Rancho San Diego Shopping Center in 1992.  That same year, the Seishin-Kan became a member dōjō of the Jikishin-Kai International,  making the Seishin-Kan among the first members of that organisation—an affiliation that lasted over 2o until the death of the JKI's founder.

In August 1996, the Seishin-Kan went online with the Web-Dōjō, making it one of the first traditional dōjō in the world to establish a website.  From that simple one-page site, the Web-Dōjō has grown to a  massive site that has served tens of thousands of visitors.

In July 2001 Pellman Sensei moved to Marion, Indiana, and the Seishin-Kan was appointed Indiana shibu (branch) for the Jikishin-Kai International in 2002.  In 2007, the IWU Budōkai, a college martial arts club, became the first kenkyūkai (independent study group) to affiliate with the JKI under the direction of the Seishin-Kan.  Between 2007 and 2010 two more Indiana kenkyūkai were added.  In 2013 the Seishin-Kan moved to San Antonio, Texas, where it officially registered with the Texas Secretary of State as a nonprofit organisation.

Our philosphy is an essential part of the arts we teach—arts that have their origins in the need to protect private property and agricultural production following the Taika land reforms implemented in Japan in 645 AD.  The bushi (武士) began as guardians of property owners and farmers, the people whose work was vital to their nation's survival.  Over the next few centuries the bushi evolved into the samurai (侍) as we know them today—to the point that the two terms became almost synonymous.  A thousand years of risking and sacrificing their lives for the benefit of those unable to protect themselves resulted in the development of a philosphy and code of conduct that has become known around the world as Bushidō (武士道).

Bushidō is a profound, complex, and challenging philosophy of life, but its essence is embodied in the seven fundamental precepts for which it is most widely recognised:

These are the key attributes upon which our instruction focuses.  Training in true budō accomplishes more than merely acquiring the skills to defend oneself or others.  It fundamentally transforms the mind, body, and spirit!  It alters one's perceptions and perspectives of life and the world in which we live.  Training in classical budō is more than an activity, sport, or hobby.  It becomes a Way of Life that  ... (full article here)

The Seishin-Kan offers instruction in classical budō  for men and women of all ages and fitness levels, as well as sports derived from classical budō suitable for children aged 10 and older.  Teens may participate in either the sports budō or adult budō programmes, provided they meet the necessary qualifications for participation in our adult programmes (click here for details).

Classical (koryū in Japanese) budō fall into two major categories: Nippon Budō (which developed in mainland Japan) and Okinawa Budō (which developed in the Ryūkyū Islands, principally the island of Okinawa).  Okinawa kobujutsu are the weapons arts of Okinawa, such as the bō, sai, tonfa, kama, eku or kai, and nunchaku. These arts were created by people whose culture was significantly different from that of mainland Japan, so these arts have a markedly different character from those of the mainland.   Listed below are the arts we teach in each of these categories: 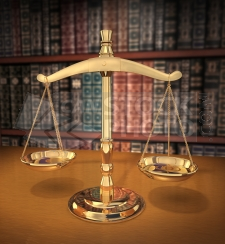 On 13 September 2018 the U.S. Internal Revenue Service issued an official determination letter, verifying that the Nippon Budō Seishin-Kan is a tax-exempt non-profit organisation under §501(c)(3) and §509(a)(2) of the Internal Revenue Code (IRC).  This determination became effective, however, retroactive to 20 March 2018.

Please bear in mind that tax regulations change frequently, so the requirements, conditions, and limitations affecting the deductibility of donations, bequests, and other contributions to the Seishin-Kan may change from year to year.  We therefore recommend that you consult with the IRS or your tax advisor to determine the specific conditions and extent to which donations to the Seishin-Kan are tax deductible for yourself or your organisation.

Words have meaning, and Japanese words have particularly deep and complex nuances of meaning.  So the meaning of names has great importance in classical Japanese martial arts.