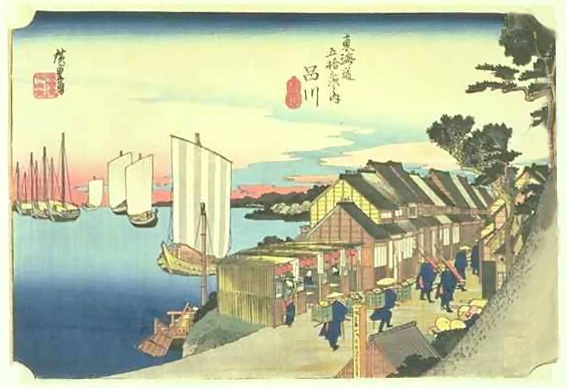 The Nippon Budō Seishin-Kan currently operates independently from any national or international budō organization, other than those which the Seishin-Kan itself has established.  After having maintained several such affiliations in the past, we determined that our students derive little or no benefit from organisations that provide no instruction or support other than a name on a fancy menjō (diploma).  The Seishin-Kan does maintain a "club" membership in the Amateur Athletic Union of the United States (AAU), in order to provide our members with insurance coverage for injuries and opportunities for them to compete in well-managed budō tournaments if they so desire.

The Kokusai Budō Senmon Gakkō (International Budō Specialty School) is a reconstitution of the Budō Senmon Gakkō (nicknamed the "Busen") that was originally established in Kyōto, Japan by the Dai Nippon Butoku-Kai in 1911 and operated until near the end of World War II.

The original Busen operated under the auspices of Japan's Ministry of Education, and was the most prestigious school for training budō instructors in Japan.  Unfortunately, it was later coopted by Japan's Ministry of Defence, which led to it being permanently closed at the end of World War II.

On 01 January 2011, to mark the 100th Anniversary of the founding of the original Busen, the Nippon Budō Seishin-Kan established the Kokusai Budō Senmon Gakkō to serve as the 21st century online equivalent of the original Busen.  Our goal is to provide students of the Busen with the same quality and depth of instruction that was the hallmark of its namesake. 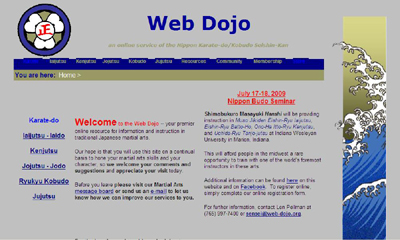 The Web-Dōjō is possibly the world's oldest continuously operating website devoted exclusively to information and instruction in classical budō.  It was established by the Nippon Budō Seishin-Kan in June, 1996 as a single web page hosted on AOL, and quickly grew into a site containing scores of pages hosted on several different hosting services over the years.

In 2010, the Nippon Budō Seishin-Kan established this current website to serve as its primary online presence, and the Web-Dōjō initially went dormant.  Our original intent was to replace the Web-Dōjō entirely with the current Seishin-Kan site,  but after further consideration, we decided to maintain the Web-Dōjō for its historic significance.  Plans are now underway to restore and rennovate the Web-Dōjō for its 25th Anniversary in 2021 as an online museum of sorts to preserve its legacy.

In 2009 Leonard J. Pellman Shihan was appointed Hokubei Buchō (North America Director) of the KOKR and assigned the responsibility to organize the curriculum and supervise all instruction and maintenance of standards for Aragaki-Ryū in North America.

One of the major reasons for the extensive redesign of this Seishin-Kan website in 2010 was to help fulfill Pellman Shihan's commitment to promulgate information about the KOKR and Aragaki-Ryū in North America.

Seishin-Kan members are automatically enrolled as members of the KOKR upon successfully completing their first KOKR-authorised shinsa (promotion examination).  Their annual membership is automatically renewed each year, provided they continue training and membership at the Seishin-Kan.

The Nippon Budō Seishin-Kan is a member of the Amateur Athletic Union of the United States (AAU), one of the oldest and most respected amateur sports authorities in the world.   All members of the Victory Dōjō are enrolled as members of the the AAU.  The AAU provides our dōjō and those members wishing to compete with access to well-managed tournament system with equitably-applied rules and stringent safety requirements.  The AAU officiating system has long been the model other tournament organisations imitate.

Affiliations with major organisations that promote authentic koryū (classical) budō, and maintain high standards of member conduct and ranking, not only ensure the credibility and authenticity of Seishin-Kan instruction, but also that the knowledge and ranking our members acquire will be accepted worldwide.

Thus, Seishin-Kan members can be assured that their skills and knowledge are at least the equal of anyone of equal ranking from another dōjō or style.