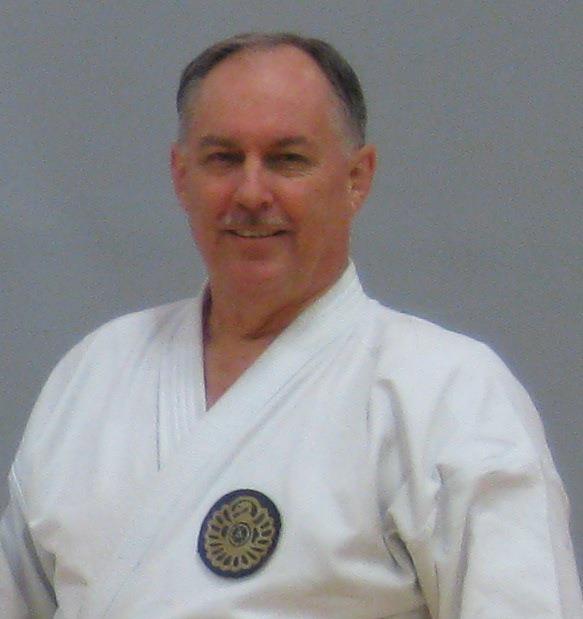 The founder of the Nippon Budō Seishin-Kan is Leonard J. Pellman Shihan.  Born 09 October 1951 in the San Diego suburb of National City, California, Pellman Shihan has enjoyed a life in which he says he has "seen and done more than most people do in five lifetimes."   His parents were both veterans of World War II.  His father, John A. Pellman, planned the system of ammunition supply and distribution for the D-Day invasion and was awarded the Legion of Merit for that role.  His mother, Violet Joyce (Willis) Pellman was conscripted into the British Army and assigned to serve in the Ammunition Supply Division of the US Army.  Her role was to coordinate and prepare the documentation for the shipment of all ammunition into the European Theatre of Operations.  After the War, his mother moved to the United States, married his father, and became a naturalised American citizen in 1953, shortly after Pellman Shihan's second birthday.

As the son of an immigrant, Pellman Shihan was raised to respect other immigrants and their children—a quality not all of his schoolmates shared or appreciated.  So, when the first Mexican immigrants appeared in his 2nd grade classroom, Pellman Shihan was quick to befriend them ... but at a price!  He was assaulted several times while walking home from school with his new-found friends.  This occasional, but persistent bullying continued through elementary school and into junior high school.  In 1964 Pellman Shihan's parents took him to the movie, Goldfinger, and he watched in awe as the villain's henchman Odd Job made light work of James Bond using karate.  Convinced he had discovered the solution to his bullying problem, he began begging his parents to let him take karate lessons.  But, fearing that fighting back might only escalate the violence of his attackers, his parents resisted the idea ... until the situation worsened.

Early in 1965 Pellman Shihan was attacked by a group of boys while walking home from school and severely beaten.  That night, while tending his injuries, his parents decided that some sort of action was necessary.  So his father called a business associate in Honolulu, a native Okinawan named Higa Yetsuō, and asked his opinion.  Mr. Higa's reply was, "Karate is for killing.  Your son should do jūdō instead.  Jūdō is a sport, so with jūdō your son can defend himself without leaving corpses on the playground."  A few days later, Pellman Shihan took his first step in what would become a lifetime of training in Japanese budō.

His Introduction to Budō 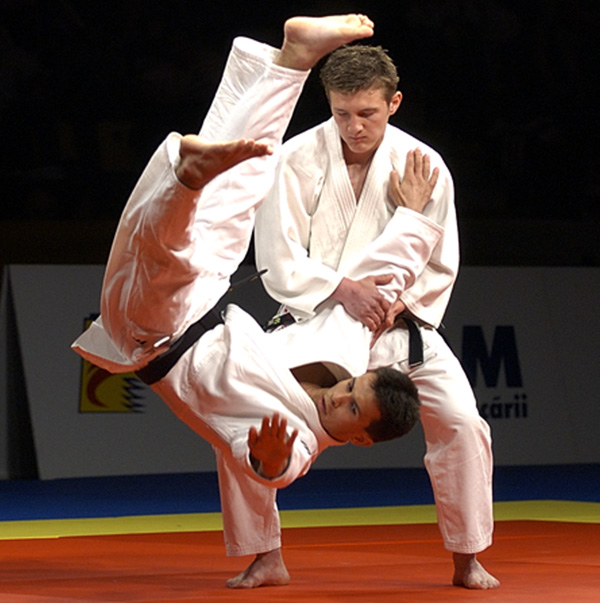 Shortly after that conversation with Higa Yetsuō, young Len Pellman was enrolled at the San Diego School of Judo and Jiujitsu under the tutelage of the legendary Al Holtman Sensei, who at the time was the highest ranking jūdōka in California.  Initally, Pellman Shihan viewed jūdō as merely a class, in much the same way people take classes in arts and crafts, foreign languages, or playing a musical instrument.  It was simply a skill to learn.  But he soon realised it was something more.  He had become a member of a dōjō, surrounded by people who were there on a lifelong quest for self-improvement and a principled, purpose-driven lifestyle.

Technically, jūdō is a sport.  It has been included in the Olympic Games since 1936.  But its origins are in the ancient art of jūjutsu, and as a result jūdō remains steeped in the traditions and philosophy of Japanese budō.  When Pellman Shihan began his jūdō training, there were only two coloured belts between white belt (shoshinsha) and black belt (yūdansha).  Students remained unranked until reaching rokkyū (6th kyū) and receiving a green belt.  There were no stripes or other markings to distinguish them from gokyū (5th kyū) and yonkyū (4th kyū) green belts.  At sankyū (3rd kyū) a brown belt was awarded.  And there was no formal testing for promotion.  Students demonstrated their proficiency at tournaments.  A student who defeated an opponent of higher rank was promoted to that rank following the tournament.  And the promotion involved no pomp and ceremony.  Sensei simply handed the student his or her new belt and said, "Congratulations."

Although he thoroughly enjoyed jūdō, Pellman Shihan never lost his desire to learn karate.  In fact, throughout most of his jūdō training he rarely admitted that he was learning jūdō.  Instead, he told his friends he was taking karate lessons—not because he was ahamed of jūdō, but because of his strong desire to train in karate.  After three years of jūdō training, he would finally get that opportunity.

In 1968, Pellman Shihan was selected from more than 300 applicants to be one of six exchange students sent to the city of Toyokawa, Japan.  This experience proved to be pivotal in his development, both as a budōka and life in general.

His Introduction to Japan 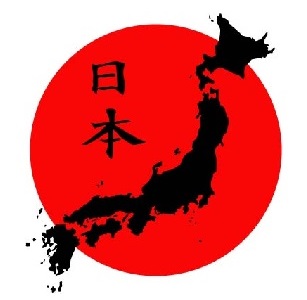 One of the first things Pellman Shihan noticed about Toyokawa High School was the complete absence of bullying.  It didn't take him long to realise why.  The sports of jūdō and kendō were part of the school PE curriculum.  By high school roughly half the students were black belts in one or both of those arts, so they were accustomed to facing a combative adversary without fear and fully capable of defending themselves.  A bully had no one on campus to safely pick on!

He also quickly discovered that being taller, heavier, and stronger than most of his classmates was no advantage in  jūdō or kendō  Shorter students were quicker and had lower centre of gravity, so he spent most of his mat time on his back.  He recalls fondly:  "In the gym I made a loud, reverberating pow every time I hit the mat, so I was everyone's favourite training partner.  I learned far more about ukemi (breakfalls) in Japan than I did about throwing techniques."  The same held true for kendō:  "My size didn't help.  It just made me a bigger, slower target and that much easier to hit.  I don't think I won a single kendō match, but I might have scored a point once in awhile."

After learning of his interest in karate, his host family began taking him on Sundays to a Shōtōkan dōjō in nearby Toyohashi, where Pellman Shihan got his first taste of real karate-dō.  Although he did not train often enough or long enough to attain any ranking in karate, he did receive a thorough introduction to the fundamentals of the art and the rigors of traditional training, which served to further whet his appetite to learn more.  But he would not get that opportunity until January, 1970.

After returning to his home in San Diego, graduating high school, and completing two semesters at Mesa Junior College, Pellman Shihan transferred to San Diego State University, where he enrolled in the karate class to meet the school's physical education requirement for undergrads.  Thus began his lifelong love affair with karate! 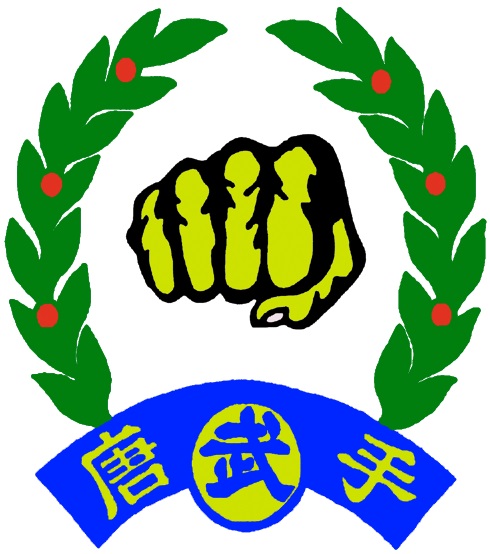 The karate class at SDSU was actually Korean Tang Soo Do, taught by Lee Jong Hyun Sabumnim.  Tang Soo Do was billed as "the Korean refinement of karate," but a more accurate description would probably be "the Korean adaptation (or interpretation) of karate."  Tang Soo Do, as it was originally formulated in 1945 and practiced while Pellman Shihan was an active participant, was essentially Japanese Shōtōkan karate modified to adapt it to Korean cultural and philosophical differences.  "Most of those modifications were merely cosmetic," Pellman Shihan explained in an interview, "Made necessary by the post-war Korean aversion to all things Japanese, as a result of having been conquered by Japan in 1905 and occupied for the next forty years."

Indeed, both Tang Soo Do and Taekwondo were derived directly from Shōtōkan karate.  The founders of Taekwondo and Kong Soo Do (a system that merged with Taekwondo in the mid-1950s) admitted that their arts originated with Shōtōkan karate, but Hwang Kee, the founder of Tang Soo Do refused to do so.  Nevertheless, it is evident from the descriptions and names of the hyung (forms) presented in Hwang Kee's master textbook on Tang Soo Do that it was another derivation of Shōtōkan, and this was soon evident to Pellman Shihan as he progressed in his training from the Kicho hyung (Taikyoku kata of Shōtōkan) to the Pyungan hyung (Heian kata).

Master Lee proved to be a tremendous influence on Pellman's karate and his outlook on life.  Even today, Pellman Shihan incorporates elements of Master Lee's philosophy and technique in his own teachings, such as his "Twelve Physical, Mental, and Spiritual Foundations of Training."  Pellman Sensei supplemented his training under Master Lee by attending summer seminars presented at the University of California at San Diego by such notable instructors as Nishiyama Hidetaka, who at the time was teaching Shōtōkan karate at UCSD, and Richard Kim, who was known for his expertise in Okinawa kobujutsu.

In June 1973, Pellman Shihan completed the graduation requirements for a Bachelor of Science degree in Marketing from SDSU.  He was so anxious to return to Japan that he skipped his commencement ceremony in order to catch an earlier flight to Tōkyō, planning to stay a full year in Japan as an uchideshi (live-in trainee).

To follow Pellman Shihan on his second journey to Japan, please click here to view Page Two of his biography.

Words have meaning, and  Japanese words often have particularly deep and complex nuances of meaning.  So the meaning of names can have great significance in classical Japanese martial arts.