Musō Jikiden Eishin-Ryū Iaijutsu is the 450-year-old art of samurai swordsmanship that is primarily and fundamentally an armed system of self defense against attacks with a daitō (samurai sword).  Each technique begins with the sword in its scabbard, even though in most cases the opponents have already drawn their weapons and are either ready to attack or already attacking.

The word iai (居合) means "face to face."  Typical of many Japanese terms, iai has a double meaning.  At the obvious level, it means face-to-face with your opponent, in close proximity.  At a deeper level, however, iai means to remain face-to-face with death.  In other words, to be constantly aware of the fragility of life, and therefore to make every moment count.

Iaijutsu is a truly elegant martial art.  Not only does it deepen one's understanding and ability to apply budō strategy and tactics, but it develops grace, poise, balance, precision, and muscle-control to a degree possible with few other arts.  And there is something special about wielding a samurai sword that instills courage, determination, and an intensity of martial spirit that nothing else can match.

Pronunciation:  The "i" in Shitō is barely pronounced—more like a slight hesitation than a vowel—and the bar over the "o" (ō) indicates that it is sustained twice as long (like a half-note instead of a quarter-note in music), so Shitō is pronounced almost like the word "stow" with an "sh" instead of an "s".  In a similar way, "ryū" is pronounced as a single syllable; NOT as "rye you".  A more complete explanation of, and guide to, pronuncitation of Japanese words can be found in our pronuncition guide.  Our website also features a glossary of common karate-dō terminology. 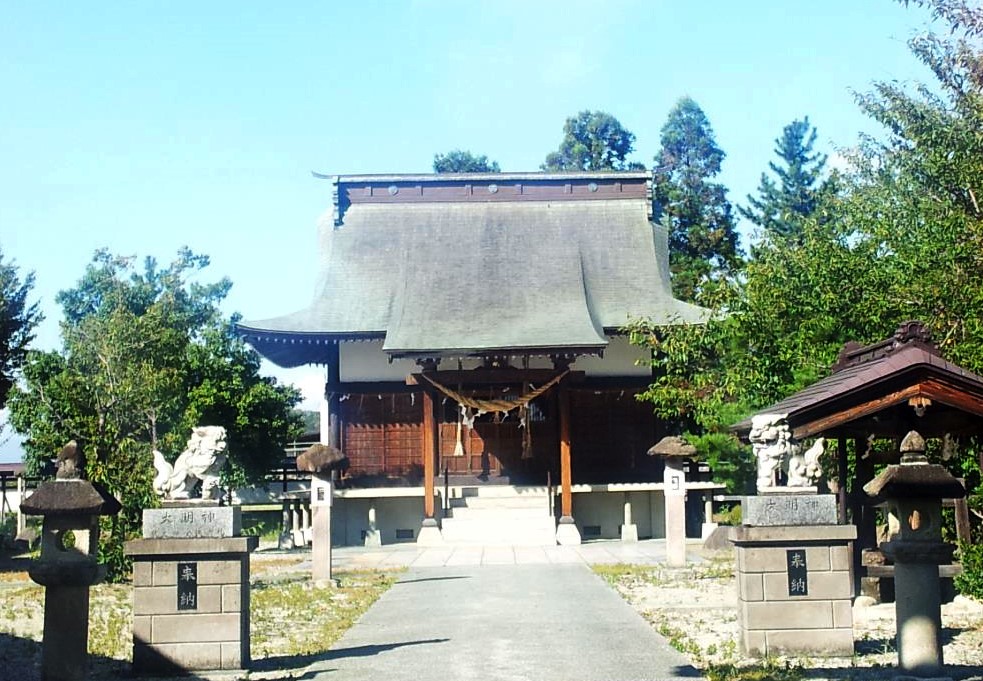 The art of iaijutsu is said to have been created by Hayashizaki Jinsuke Minamoto no Shigenobu (1549 - 1621) in the mid-16th century, so he is credited as being the founder of  Musō Jikiden Eishin-Ryū.  When he was a young man, possibly still in his teens, his father was killed in a duel and Hayashizaki vowed to avenge his father's death.  Realizing that he was not yet a skillful enough swordsman to defeat his father's killer in the art of kenjutsu, he retreated to the family shrine, Hayashizaki Jinja (pictured at left), where he spent 100 days in prayer, meditation, and training to develop a method of drawing his sword from its scabbard and cutting his opponent in a single motion.  Using this technique he was able to avenge his father and founded a new concept and style of swordsmanship, which we now call iaijutsu.

Iaijutsu was originally created for the ō-dachi -- an older style of sword with both a longer blade and handle than the samurai swords common to the 17th through 19th centuries.  The 7th headmaster of the style, Hasegawa Chikara-no-Suke Hidenobu, adapted the techniques of iaijutsu to the shorter daitō or katana that was replacing the ō-dachi in the late 16th century.  In 1590 Hasegawa was invited to Edo to demonstrate iaijutsu using the daitō to the Sei-i Taishōgun (supreme military commander of Japan), Toyotomi Hideyoshi.  Toyotomi was so impressed by Hasegawa's demonstration that he publicly declared Hasegawa to be "musō ken"—"sword without equal".   It is from this title that the style derives its current name, Musō Jikiden Eishin-Ryū.  As mentioned, musō means "without equal".  Jikiden is a term for "direct transmission" from headmaster to headmaster in an unbroken line of succession.  Eishin is an alternative pronunciation of Hidenobu.  And ryū means "school" or "style" or "lineage".  So Musō Jikiden Eishin-Ryū is the unequaled, directly transmitted lineage (style) of Hasegawa Eishin.

Today there are three major branches or ha of Eishin-Ryū iaijutsu, which resulted when 17th generation headmaster Ōe Masamichi died in 1927 without personally appointing a successor.  As a result, groups of senior students each followed one of the three possible successors who possessed a menkyō kaiden (license of full transmission) in the style:  Hokiyama Namio, Masaoka Katsutane (aka Kazumi), and Yamauchi Toyotake.  Thus, Eishin-Ryū is now practiced in three major variants or branches:  Hokiyama-Ha, Masaoka-Ha, and Yamauchi-Ha.  The Seishin-Kan practices Masaoka-Ha, which was passed down from Masaoka Katsutane to Narise Sakahiro to Miura Takeyuki to Shimabukuro Masayuki. 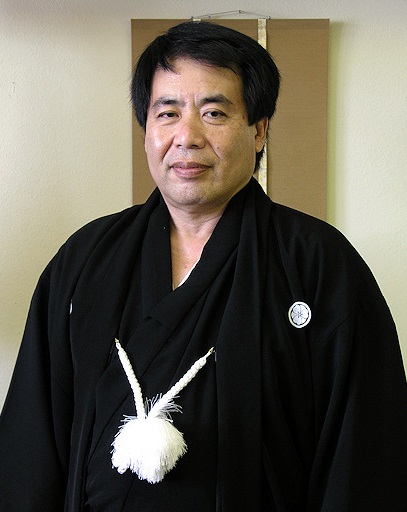 Shimabukuro Masayuki Hidenobu was born 27 March 1948 in Osaka, Japan.  He began his martial arts training in 1963 at the age of 15 with Sō Dōshin of Shorinji kempō.  In 1965 he became a direct student of Hayashi Teruō (1924-2004) in Hayashi-ha Shitō-ryū.  In 1975, he entered the Nippon Kobudo Jikishin-Kan, founded by Mirua Takeyuki Sōshihan shortly after the death of his predecessor, Narise Sakahiro.

Shimabukuro Sensei soon rose to become Miura Sōshihan's most senior student in the art of iaijutsu.  After moving to Southern California in the late 1970s, Shimabukuro Sensei began teaching karate, Okinawa kobudō, and iaijutsu at the Escondido Police Department and as a guest instructor at other San Diego County dōjō.  In 1988 he began teaching iaijutsu at the Pacific Martial Arts Foundation in El Cajon, California, where Leonard Pellman was training in Tang Soo Do karate.

In 1994, Shimabukuro Sensei was promoted to nanadan (7th dan) in iaijutsu, awarded to formal title of Kyōshi, and appointed International Director of the Jikishin-Kan by Miura Sōshihan.   Shimabukuro Shihan asked Pellman Sensei, to co-author a comprehensive book on Musō Jikiden Eishin-Ryū.  Together they wrote Flashing Steel:  Mastering Eishin-Ryū Swordsmanship, which was published in 1995.  The following year, they filmed a seven volume set of videos for Panther Productions presenting the entire core curriculum of Eishin-Ryū.

Flashing Steel was the first book in the English language to present the majority of the Eishin-Ryū system in both text and photographs.  It is no exaggeration to say that the publication of Flashing Steel sparked a significant increase in worldwide interest in the art of iaijutsu.  Within a decade of its release, there were more Jikishin-Kai members outside Japan than inside, with affiliated dōjō throughout North America, South America, Europe, and continental Asia.

In 2000 Shimabukuro Shihan was promoted to hachidan (8th dan) in iaijutsu.  Two years later he was awarded the title of Hanshi by Miura Sōshihan.  Hanshi (範士), meaning "Exemplary Samurai" is one of the highest honours that can be accorded to a budōka, and is the highest title awared in traditional budō.

As a result of this growing interest and demand for detailed information on iaijutsu, Shimabukuro Hanshi and Pellman Sensei updated and revised Flashing Steel in 2007, expanding it from 66,000 words, 268 pages, and 438 photos to more than 78,000 words, 338 pages, with 1,753 photos in the second edition published the following year.

In 2007, Miura Sōshihan began showing signs of Parkinson's disease that caused him to decrease his activities and public appearances.  At that time he did not believe the Japanese students would accept a foreigner as the leader of the Jikishin-Kai, so he requested that Shimabukuro Hanshi move back to Ōsaka to become his successor.  Hanshi declined, because his children were all American citizens, as was he, and his home, businesses, and his life were all centered in the United States.   Instead, at Miura Sōshihan's suggestion, Hanshi founded a new organisation, the Kokusai Nippon Budō-Kai (KNBK), headquartered in the US, with Miura Sōshihan as its Chairman Emeritus.  The underlying concept was that the Jikishin-Kai would be led by a Japanese citizen and serve only the nation of Japan, while the KNBK would be led by Shimabukuro Hanshi and serve the rest of the world.  By 2010, Miura Sōshihan's health had deteriorated so much that he had retired from teaching and managing the Jikishin-Kai and had returned to his childhood home in Tsuwano, Shimane-ken.  That year, Shimabukuro Hanshi visited him for the last time and Miura Sōshihan issued a formal declaration that Shimabukuro Hanshi was to succeed him as Sōshihan.

Posted by Pellman Sensei on 10 September 2020 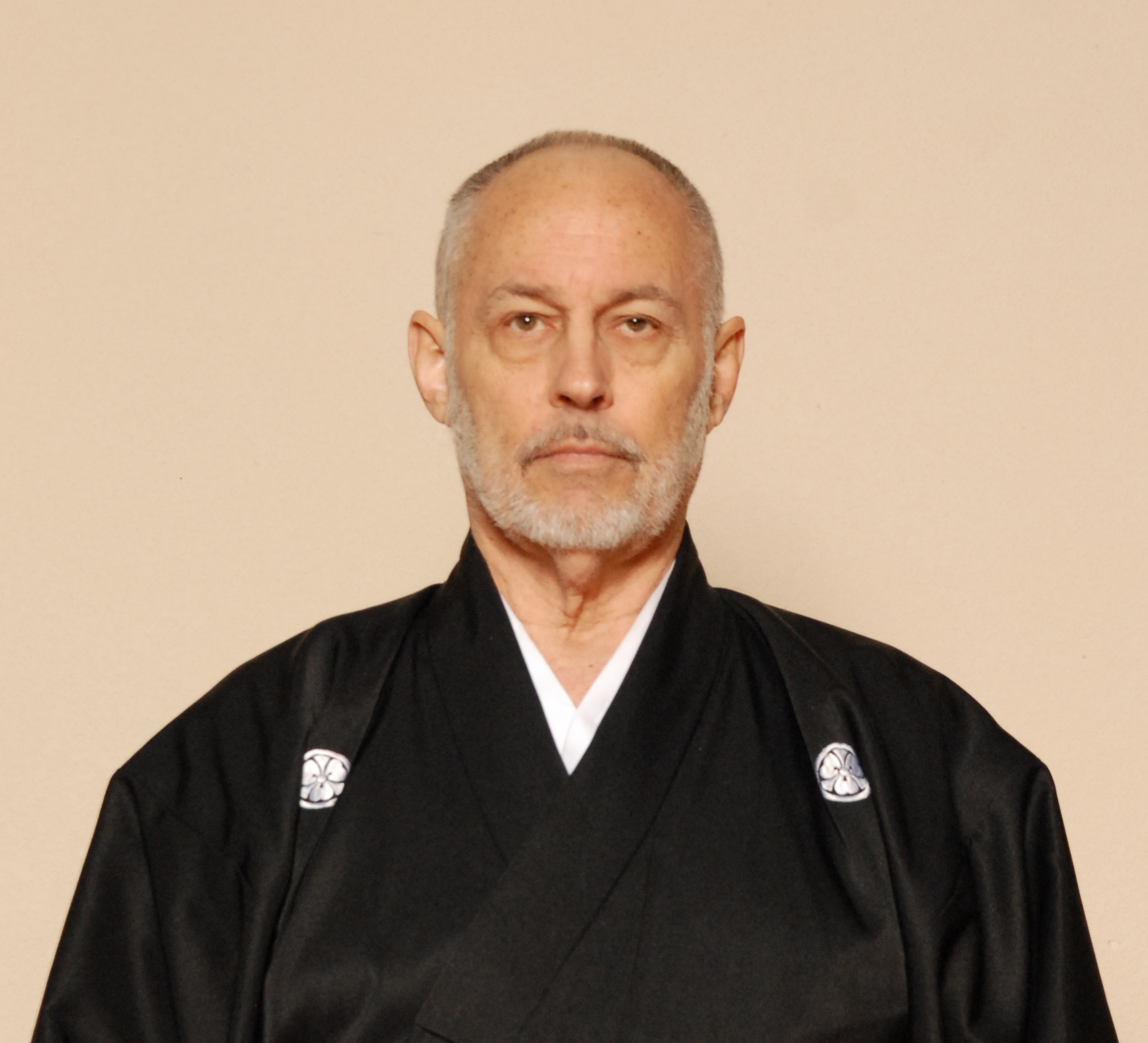 Leonard J. Pellman was born in 1951 National City, California, a suburb of San Diego.  He endured years of bullying because of his shyness and choice of racially diverse friends.  In 1964 his parents took him with them to see the James Bond movie, Goldfinger, and as he watched the henchman Odd-Job make light work of 007 using karate, 12-year-old Pellman knew he had found the answer to his bullying problem and began pestering his parents to enroll him at a karate dōjō.  His father, Jack Pellman was a business associate of Okinawa-born Hawaiian businessman, Higa Yetsuō, whom he called for advice regarding karate.  Higa told him, "Karate is for killing.  Enroll your son in jūdō instead.  He can defeat bullies using jūdō without leaving corpses on the playground."  So in early 1965, young Pellman found himself enrolled at the San Diego School of Judo & Jiujitsu, training with the legendary Al Holtman Sensei.

Pellman's bully problems ended in 1966 when he attempted to use ippon seionage to throw a bully who was trying to punch him during school lunch period.  Pellman executed the throw improperly and the landing nearly broke the bully's neck.  A bully in a neck brace for three months gave Pellman the reputation that he was not to be trifled with!  In 1968, Pellman was selected as one of six from a pool of more than 300 applicants to visit Japan as a foreign exchange student.  And it was there that young Pellman had his first opportunity to train in karate.  His host family took him to a nearby Shōtōkan dōjō once every week or two, which served to confirm karate as the art he truly longed to learn.

But it wasn't until January 1971 that his wish was fulfilled, when he enrolled in the karate class at San Diego State University.  The class was actually the Korean style, Tang Soo Do (also known as Moo Duk Kwan Tae Kwon Do), and was taught by Chuck Norris' former instructor, Lee Jong Hyun, but thanks to his brief exposure to Shōtōkan in Japan, he immediately recognised it as a derivative of Shōtōkan karate.  In April 1989, Pellman Shihan began teaching karate at the Skyline Wesleyan Church recreation centre in Lemon Grove, California.  Later that same year he was introduced to Shimabukuro Masayuki and began training in Hayashi-ha Shitō-ryū karate.  When Shimabukuro Sensei established the Jikishin-Kai International in 1991, the Skyline Karate Club was among the JKI's original member dōjō.  In 1992, Pellman Sensei changed the name of the Skyline Karate Club to the Nippon Budō Seishin-Kan and relocated it to a strip mall in Rancho San Diego that served as the San Diego hombu dōjō for the JKI.  The name, Seishin-Kan was suggested by Shimabukuro Sensei in order to ... (full article here) 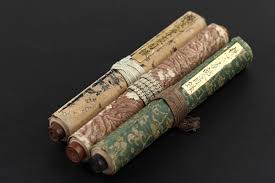 Eishin-Ryū iaijutsu is a comprehensive system of samurai swordsmanship with a curriculum composed of the following sets of solo techniques and partner exercises: