Musō Jikiden Eishin-Ryū Iaijutsu is the 450-year-old art of samurai swordsmanship that is primarily and fundamentally an armed system of self defense against attacks with a daitō (samurai sword).  Each technique begins with the sword in its scabbard, even though in most cases the opponents have already drawn their weapons and are either ready to attack or already attacking.

The word iai (居合) means "face to face."  Typical of many Japanese terms, iai has a double meaning.  At the obvious level, it means face-to-face with your opponent, in close proximity.  At a deeper level, however, iai means to remain face-to-face with death.  In other words, to be constantly aware of the fragility of life, and therefore to make every moment count.

Iaijutsu is a truly elegant martial art.  Not only does it deepen one's understanding and ability to apply budō strategy and tactics, but it develops grace, poise, balance, precision, and muscle-control to a degree possible with few other arts.  And there is something special about wielding a samurai sword that instills courage, determination, and an intensity of martial spirit that nothing else can match. 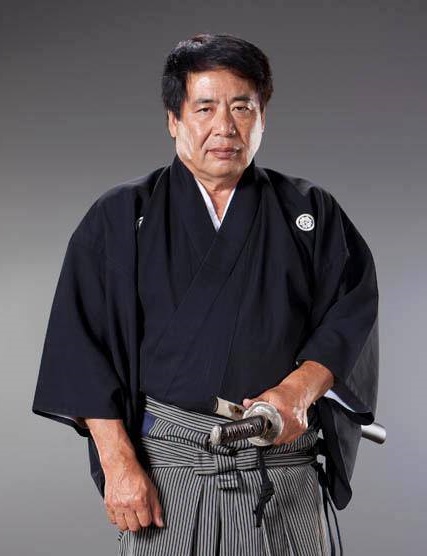 The art of iaijutsu is said to have been created by Hayashizaki Jinsuke Minamoto no Shigenobu (1549 - 1621) in the mid-16th century, so he is credited as being the founder of  Musō Jikiden Eishin-Ryū.  When he was a young man, possibly still in his teens, his father was killed in a duel and Hayashizaki vowed to avenge his father's death.  Realizing that he was not yet a skillful enough swordsman to defeat his father's killer in the art of kenjutsu, he retreated to the family shrine, Hayashizaki Jinja, where he spent 100 days in prayer, meditation, and training to develop a method of drawing his sword from its scabbard and cutting his opponent in a single motion.  Using this technique he was able to avenge his father and founded a new concept and style of swordsmanship, which we now call iaijutsu.

Iaijutsu was originally created for the ō-dachi -- an older style of sword with both a longer blade and handle than the samurai swords common to the 17th through 19th centuries.  The 7th headmaster of the style, Hasegawa Chikara-no-Suke Hidenobu, adapted the techniques of iaijutsu to the shorter daitō or katana that was replacing the ō-dachi in the late 16th century.  In 1590 Hasegawa was invited to Edo to demonstrate iaijutsu using the daitō to the Sei-i Taishōgun (supreme military commander of Japan), Toyotomi Hideyoshi.  Toyotomi was so impressed by Hasegawa's demonstration that he publicly declared Hasegawa to be "musō ken"—"sword without equal".   It is from this title that the style derives its current name, Musō Jikiden Eishin-Ryū.  As mentioned, musō means "without equal".  Jikiden is a term for "direct transmission" from headmaster to headmaster in an unbroken line of succession.  Eishin is an alternative pronunciation of Hidenobu.  And ryū means "school" or "style" or "lineage".  So Musō Jikiden Eishin-Ryū is the unequaled, directly transmitted lineage (style) of Hasegawa Eishin.

Today there are three major branches or ha of Eishin-Ryū iaijutsu, which resulted when 17th generation headmaster Ōe Masamichi died in 1927 without personally appointing a successor.  As a result, groups of senior students each followed one of the three possible successors who possessed a menkyō kaiden (license of full transmission) in the style:  Hokiyama Namio, Masaoka Katsutane (aka Kazumi), and Yamauchi Toyotake.  Thus, Eishin-Ryū is now practiced in three variants:  Hokiyama-Ha, Masaoka-Ha, and Yamauchi-Ha.  The Seishin-Kan practices Masaoka-Ha, which was passed down from Masaoka Katsutane to Narise Sakahiro to Miura Takeyuki to Shimabukuro Masayuki.

Pellman Shihan and the Seishin-Kan performed a demonstration of Musō Jikiden Eishin-Ryu iaijutsu at the San Antonio Aki Matsuri 08 October 2017, sponsored by the Japan-America Society of San Antonio.

Members of the dōjō demonstrated waza, tachiuchi no kurai, and explained the basic principles of Eishin-Ryū to a crowd of several hundred Japanophiles.