The Nippon Budō Seishin-Kan is an IRC  §501(c)(3) tax-exempt non-profit organisation operating in San Antonio, Texas as the Victory Dōjō.  We offer regularly scheduled classes in both Nippon Budō (the protective arts of the mainland Japanese samurai) and Okinawa Budō (the protective arts of the Ryūkyū Kingdom).  The links in the preceding sentence will take you to more detailed explanations of differences in these arts and the styles below.  The arts and styles we teach are:

If you are already a Seishin-Kan member, please go directly to the Online Learning centre or log in to access the members-only areas of this site.  If you are not yet a member we invite you to use the public areas of this site to find out more about us and how to join if you decide to.  NOTICE TO MEMBERS:  the Online Learning Centre is currently disabled for a complete restructuring.  Please watch for news of its re-opening here or on our Facebook Page.

Posted by Michiko Pellman on 18 September 2022

The best way to keep up-to-date with Seishin-Kan and Victory Dōjō events and activities is to follow us on Facebook.

This website is designed and intended to be relatively static and serve primarily as a permanent repository for information about our dōjō and the arts we teach that rarely changes.  Recognising that upcoming news and special events, shinsa (promotion tests), class postponements or cancellations, and similar changes, can be unexpected and last minute, we post all notifications of class schedule changes, upcoming events, and similar news of potential interest to our members on Facebook.

You need not be a member of the Seishin-Kan or Victory Dōjō to follow us on Facebook, and it is the first place you should look for news and updates. 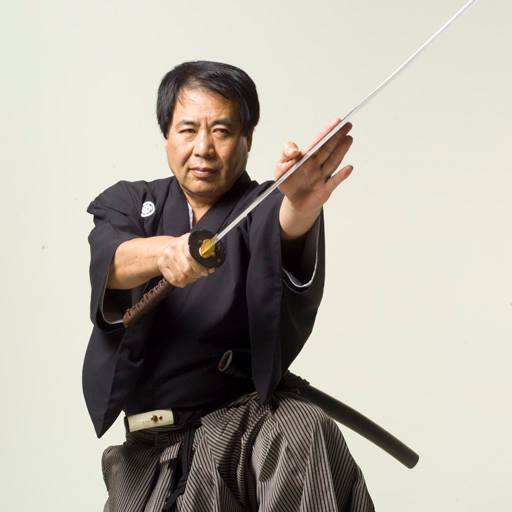 Throughout this site, as well as in all the classes we teach, you will see and hear us using the term "budō" rather than "martial arts" for our activities and instruction. There is a reason for this:  budō and martial arts are extremely different—almost diametrically opposed—approaches to dealing with human conflict and protection of the innocent.

For decades, the Japanese word "budō" has been erroneously translated as "martial arts" in English. Budō (武道) has a much different meaning in Japanese than "martial arts" has in English, so the distinction between the two terms is an important one.  The "bu" (武) in budō means to stop or prevent combat, and the dō (道) means "Way of Life" in an all-encompassing and deeply philosophical context.  Thus, budō is a lifestyle in which its followers (budōka who should rightfully be called peacemakers; not "warriors") devote themselves to avoiding conflict whenever possible, engaging in actual combat only when the opponent is the wrongful aggressor and affords no alternative,  then finishing the battle in a manner that renders the aggressor incapable of further attacks.  Budō is not a sport!  Nor is it a method for street fights, bar room brawls, or schoolyard scuffles.  The techniques in budō are designed to kill, cripple, or permanently maim an opponent in a life-or-death situation, and used exclusively to preserve or restore peace.

Conversely, "martial" means "military".  Martial arts are therefore military arts—arts of war, which are as readily arts of aggression, assault, and conquest as of defence.  On the surface they may appear similar, but the differences are more than merely semantic or philosophical.  There are no attacking technique in budō; only counter-attacking techniques, and their success is wholely dependant upon the opponent being the aggressor.

This is why you will rarely hear or see us speaking of "martial arts" at the Seishin-Kan, except when describing actual military arts or referring to combative arts irrespective of their purpose.  Instead, you will read and hear us speaking of budō (the Way of Life of peacemaking) and budōka (peacemakers) in reference to the arts we teach.  If you are looking for a place to learn how to street fight, this isn't it.  Violence is the last resort for a budōka.   And if violence erupts, the budōka doesn't engage in it, but instead ends it ... often permanently.

And if you are looking for a combative sport, and a dōjō that frequently participates in karate tournaments, this probably isn't the dōjō for you, either.  Although we occasionally participate in combative sports for their training value, it is only a minor and infrequent aspect of our training.

As its name suggests, the Nippon Budō Seishin-Kan focuses its activities and instruction on Nippon budō -- the martial arts of mainland Japan, which are also the martial arts of the samurai.  The arts currently taught at the Seishin-Kan include:  Musō Jikiden Eishin-Ryū Iaijutsu, Ono-Ha Ittō-Ryū Kenjutsu, Shindō Musō-Ryū Jōjutsu, Shindō-Ryū Kenjutsu, and Daitō-Ryū Aiki-jūjutsu, all of which were arts created and practiced by the samurai of ancient mainland Japan.  Musō Jikiden Eishin-Ryū Iaijutsu is ... (full article here)

The budō that developed in the Ryūkyū Islands, principally the island of Okinawa, were created by people whose culture was significantly different from that of mainland Japan prior to the 20th century, so the arts of these islands often have a markedly different character from those of the mainland.  The Okinawa budō taught at the Seishin-Kan are:  Shimabukuro-Ha Shitō-Ryū Karate-dō and Aragaki-Ryū Okinawa Kobujutsu.  These arts began their development when the Ryūkyū Islands, governed from Okinawa, were a separate kingdom ... (full article here)

Posted by Michaela Pellman on 01 August 2022

The Seishin-Kan recently established a legacy website for the Jikishin-Kai International (JKI).  The purpose of the website and of reserving the tradename "Jikishin-Kai International" with the Secretary of State is to preverse the heritage of Pellman Shihan's primary sensei, Shimabukuro Masayuki Hanshi. In the aftermath of Shimabukuro Hanshi's premature death in 2012 and because she is returning to Japan to care for her ailing mother, Hanshi's widow had allowed the original tradename and website to lapse, making it available for anyone to use, so Pellman Shihan re-established the name and website in order to preserve it for the exclusive use of former senior students.  Additional information and details can be found at the new JKI website.

Discussions are currently ongoing among many of Hanshi's former students to determine how best to preserve and promote Hanshi's legacy, particularly Shimabukuro-Ha Shitō-Ryū karate-dō for future generations. 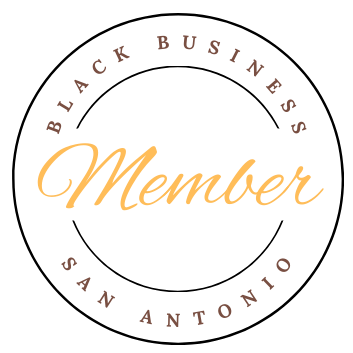 Earlier this year the Seishin-Kan became a charter Exclusive Member of Black Business San Antonio (BBSA), an organisation that provides a platform for local business owners to increase their exposure to the local community, improve their business knowledge and skills through education and training programmes, and gain access to resources and support for growth.

Since one of the major goals of the Seishin-Kan is to provide instruction in classical budō to people who might otherwise never have the opportunity to train in those arts, BBSA membership is both a vital link to an underserved sector of San Antonio as well as serving as a source of inspiration, support, and personal growth for the dōjō leaders.

More information about the BBSA can be found on our Affiliations page.

The Seishin-Kan currently conducts all classes at  Victory Dōjō, in the Student Centre of Victory Assembly of God church in Universal City.  Full details, class schedule, map, and contact information are available here.

For the latest information and status of classes, please check our Facebook Page or call (830) 350-0061.

IMPORTANT NOTICE:  Your use of this website is subject to the terms and conditions in our Legal Notices and Privacy Policy.  Please make sure you fully understand both your rights and limitations regarding use of this site, and do not use our site unless you agree to all its terms, conditions, and policies.