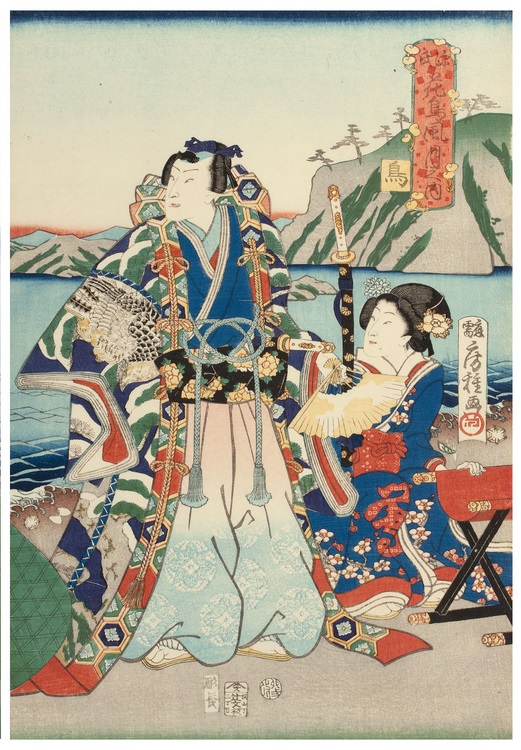 There are several items of uniform and equipment (called dōgu in Japanese) required for participation in karate classes.  These items are described in detail on this page.

The first of these items is a keikō-gi or karate-gi.  This is the essential item for karate practice.  It is constructed of durable cotton canvass in order to withstand the rigours of karate training.  The keikō-gi serves a number of important purposes.  It prevents soiling and damage to everyday clothes or workout gear that is not designed for budō training.

Another item of great importance for karate-ka participating in kumite (sparring) is the dental protector or mouth guard.

Historical Background on the Karate-gi:

Prior to the 20th century, karate-ka did their training either in their everyday clothing or, more often, in their underwear.  The karate-gi, as we currently know it, was developed in the mid-1920s, by Funakoshi Gichin, the founder of the Shōtōkan system.  He had been invited to teach karate at Kanō Jigorō's Kōdōkan dōjō in Tōkyō, which was the home of jūdō.  There, he observed Kanō's students training in their jūdō-gi, which Kanō had developed around the turn of the century, and saw firsthand the benefits of specialised clothing for intense training.  Soon thereafter, Funakoshi developed a lighter-weight gi of similar design for use by karate-ka.

Among the first to adopt the use of a karate-gi was Funakoshi's close friend and mentor, Mabuni Kenwa, the founder of Shitō-Ryū.  By the outbreak of World War II, nearly all mainland Japanese karate dōjō were using karate-gi, and by 1960 they were in general use throughout Okinawa, as well. 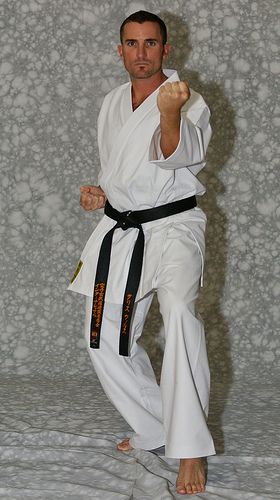 A keikō-gi ("training clothes"), and in the case of karate-do, specifically a karate-gi ("karate clothes") is the fundamental item that participants in our karate classes must acquire as soon as possible after enrolling in class.  The karate-gi consists of three parts:  the uwagi (jacket), zubon (trousers), and obi (belt).

Although newcomers may participate in class for up to two months wearing normal, loose fitting workout clothing, a karate-gi is required for participation after that, and no participant  is eligible for promotion in rank unless and until he or she has acquired a karate-gi conforming to AAU and Seishin-Kan standards.

•  The gi must be plain white, with no piping, stripes, or other decorations.
•  If desired, a Seishin-Kan, KNBK, or AAU membership patch may be affixed to the upper-left side of the uwagi (jacket), approximately over the heart.
•  The uwagi sleeves must extend to at least half the length of the forearm, but not beyond the bend of the wrist.
•  The bottom of the uwagi must fully cover the buttocks, but no more than three-quarters of the thigh.
•  The zubon (trousers) must cover at least two-thirds of the shins, but not extend below the ankle bones.
•  Neither the sleeves nor trouser legs may be rolled up (must have a sewn or securely taped hem).
•  The ends of the tied obi (belt) must hang at least 6 inches (15 cm) below the knot, but not lower than the top of the knee.
•  Female participants must wear an all-white t-shirt or sports bra beneath the uwagi (jacket).

For children who are still growing, we recommend acquiring a karate-gi that is one size too large for the child and using seamstress tape or tack-stitching to hem the sleeves and trouser legs until the child grows into it.  Otherwise, children tend to outgrow their karate-gi long before the end of its useful life.

The cost of a karate-gi can vary greatly according to its size and quality.  A lightweight karate-gi suitable for beginners can be purchased new for $22.00 to $30.00 in most cases.  We recommend that beginners start with a lightweight gi, and upgrade to a more durable heavyweight gi upon reaching sankyū (3rd kyū) brown belt.  Heavier-weight karate-gi that are better suited to long-term training or tournament competition can range anywhere from about $50.00 in children's sizes to over $200.00 for a top-of-the-line gi for a large adult.  Most adult karate-ka can find a high quality, highly durable karate-gi for about $75.00.

Participants' karate-gi must be kept clean, in good repair, and odor-free.  Anyone with an excessively dirty, damaged, or malodorous gi will be prohibited from class participation. 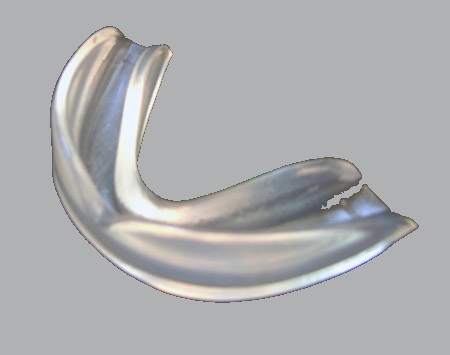 A dental protector (mouthguard) is required for use during all class activities in which strikes to the face are simulated and practiced.  A basic dental protector, like the one shown at left, can be purchased at any sporting goods store for $2.00 to $3.00.  Most are designed to be heated in boiling water, then formed to the upper teeth before use.  Please be sure to carefully follow the manufacturer's directions for fitting and use. 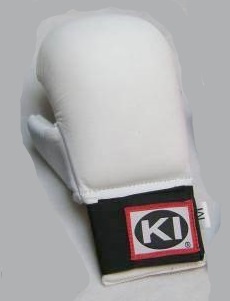 No Seishin-Kan participant will be permitted to practice any form of kumite unless he or she is wearing kumite fist covers. 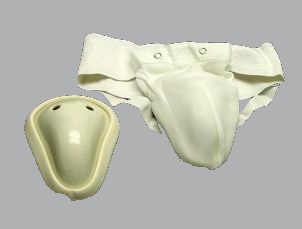 It is strongly recommended that all male students also wear groin protection in class.  In classical karate-dō, kicks are rarely directed above waist level.  The primary targets of kicks are knees, inner thighs, and the pubic bone, so the majority of kicks practiced in class are at roughly groin level.  This means that if accidental contact occurs, it will most likely be to the groin!

A standard groin protector ("cup") and athletic supporter like those shown in the photo at left can ordinarily be purchased for around $12.00 to $15.00.

Before purchasing any dōgu, be sure to ask your instructors and sempai for their advice and suggestions.

They often know where you can find used articles at a considerable savings or where to find the best values.

Your local Seishin-Kan dōjō will also often either stock or be able to order items for you at a savings over the cost of retail price plus shipping.  Buying through your local dōjō is also a way of expressing your support and appreciation for the instruction you receive.